QQI awards are designed to provide access to employment, further/higher education and training. QQI is responsible for developing a system of qualifications for the further education and training sector. This system is part of the overall development of the new 10-level National Framework of Qualifications which will, in time, include all awards available in the State. Within the National Framework QQI Awards are placed at levels 1-6 on the National Framework of Qualifications and HETAC (Higher Education & Training Awards Council). Awards are placed at levels 6-10. This includes the former awards of FÁS, Fáilte Ireland (formerly CERT/NTCB), National Council for Vocational Awards (NCVA), Teagasc and the Foundation Certificate previously awarded by the former National Council for Educational Awards (NCEA). If you would like to find out more about the content of the FETAC modules visit www.nfq.ie  and www.qqi.ie 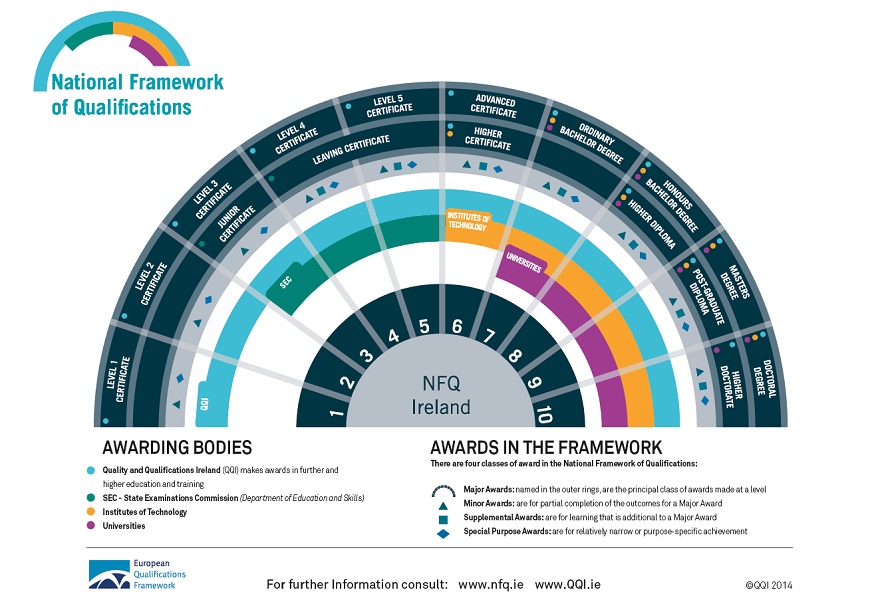 Would you like to know more about having your foreign qualifications recognised in Ireland. Visit www.qualificationsrecognition.ie for further information.  www.fess.ie

An ENIC is a body set up by the national authorities. While the size and specific competence of ENIC may vary, they will generally provide information on:

– the recognition of foreign diplomas, degrees and other qualifications; – education systems in both foreign countries and the ENIC’s own country; – opportunities for studying abroad, including information on loans and scholarships, as well as advice on practical   questions related to mobility and equivalence.